I have a friend who recently created daily Facebook events titled “Get Back the Get Back Up”. Having just come out of the other side of a major medical event, the personal fitness trainer in her was simply encouraging everyone to take a walk around the block…or two. Whatever. Just get back up. And post about it here when you do. 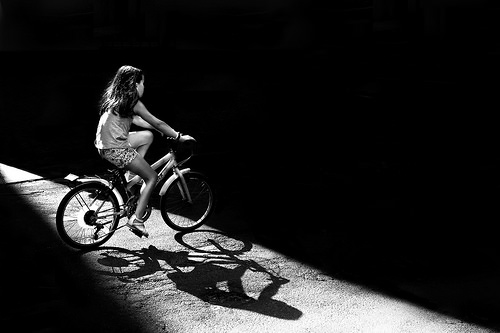 Now this was in November and I was already crushing November, having already been traveling a journey of my own. I don’t have a major event to share. I just know I need A LOT of work to feel right again.

I posted a couple of days of me crushing a few power walks, and then I felt like an asshole. After all of the times that I myself would work to encourage others to get up by posting selfies or screenshots of activity trackers on social media, here I am years later feeling guilty about it doing it.

There’s something about posting your activities on a daily basis that has always felt a bit wrong for me. And I get why a few of my friends and acquaintances dropped out of the private groups that I’d created in the past to help them (did you see what I just did there – I was only trying to HELP you – hahaha) because it felt “too in your face”.

Oh, I had plenty of friends who jumped on board and believed in me. Those who wanted to join the party; the private network of movers and shakers. To see others who would inspire them to also get up…or to get it back. And for every six or seven who wanted to be a part of it, the one that didn’t would always get to me. I mean, WHY would you not want to do it exactly the same way that we do? It almost felt like rejection.

That is, until I acknowledged to myself that we are not robots and we are not all programmed the same, and for this I am grateful. How awful would it be if our free will as sentient human beings was somehow absent? What works for me most days is to see a friend post about what he/she accomplished toward a greater goal of self improvement. And that works for me because I am physically separated from the majority of people that I have forged lasting relationships with. Others see this is as humble bragging or even “in your face” tactics that they want no part of.

I get it! I’m still scratching my head about the over-the-top draw to Rachel Hollis and her growing empire. I simply don’t have that draw or that desire to be like her. I can’t wade through a single chapter of her best selling book. I don’t identify with her. I’m sure she would be okay with me saying this. I’m not hating on her, I just don’t need her in my life. I find it strange that thousands of others do, but that’s how this works.

Just as Rachel Hollis is going to continue doing her thing, I’m going to continue doing mine. I’m quite honestly still forming what that looks like long term, but I will say this much: you may or may or may not see posts about what I’ve done on any given day regarding self improvement (in all areas). If you do see such activity, it most definitely will not be at the frequency of past years.

Whether you choose to share your journey with the world, with a select few, or with no one but you, it does not diminish the amazing results that come from getting back the “get back up”. In fact, doing it for yourself first and foremost is the greatest gift you can both give and receive.

In order to allow the good stuff to come in, you have to release what no longer serves you.
Notes to self:
I heard the strangest statement on my social travels over the weekend. Could have been an IG post, could have been a podcast. I don't even recall...the source wasn't that relevant in the moment, yet I can't forget what was said.
It's the time of year to bring the braids back!
Here’s a little hint for the story you would hear about on What Lights You Up tomorrow. It’s DEFINITELY about so much more than this and the experiences aren’t “as smooth as glass.”
Well. I went back for more. It is amazing and fulfills my original vision. That is all.